A wedding anniversary is the celebration of love, trust, partnership, tolerance and tenacity. The order varies for any given year. ~Paul Sweeney 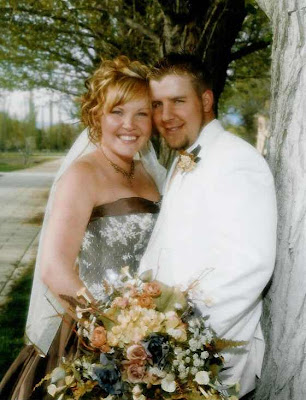 Infatuation is when you think he's as sexy as Robert Redford, as smart as Henry Kissinger, as noble as Ralph Nader, as funny as Woody Allen, and as athletic as Jimmy Connors. Love is when you realize that he's as sexy as Woody Allen, as smart as Jimmy Connors, as funny as Ralph Nader, as athletic as Henry Kissinger and nothing like Robert Redford - but you'll take him anyway. ~Judith Viorst, Redbook, 1975 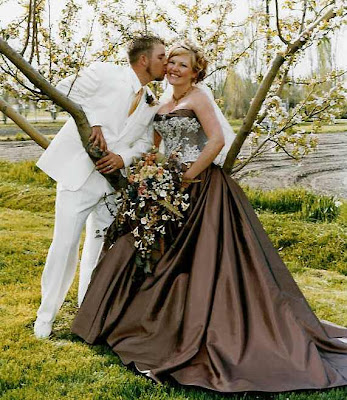 Labels: my kids and spouses

It's In the Genes 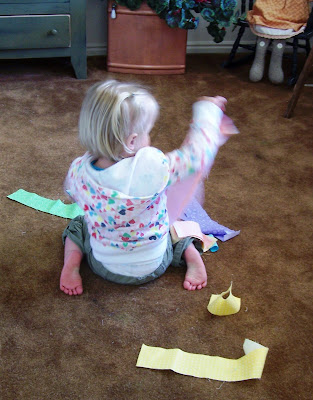 A girl after my own *heart*. Little Jo came over this morning while Kacy went to her OB doctor. And to our amazement she sat and played with the scraps of the quilt blocks, she arranged and rearranged them for at lest 20 minutes. She loves the "pink pok dots " she said. 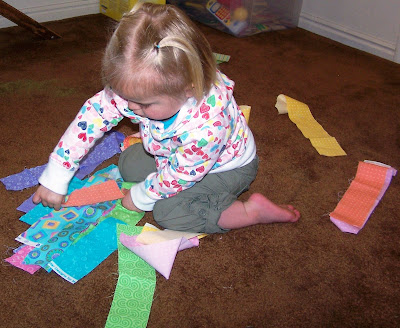 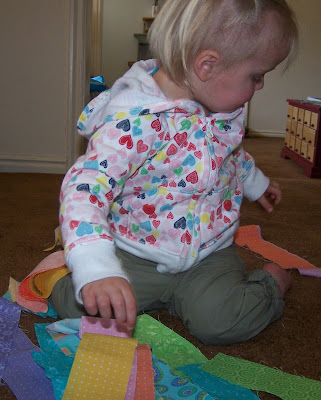 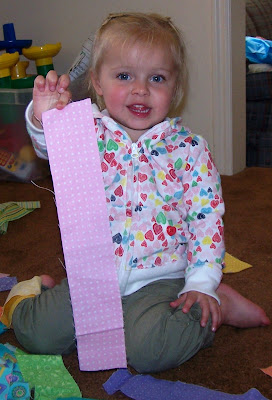 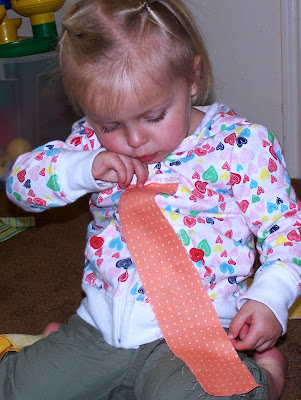 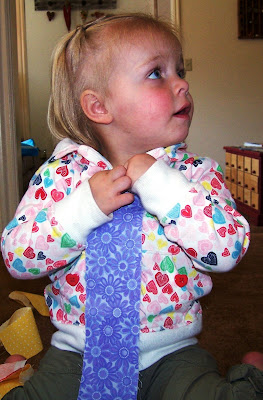 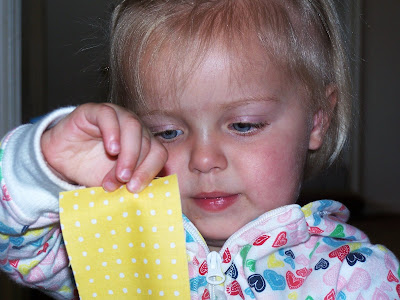 What a great party Noah had. To much food, to much noise, to much fun. Haddie decided she needed to help him unwrap his gifts he was not moving fast enough for herBeing the easy going boy that he is he just let her enjoy herself. 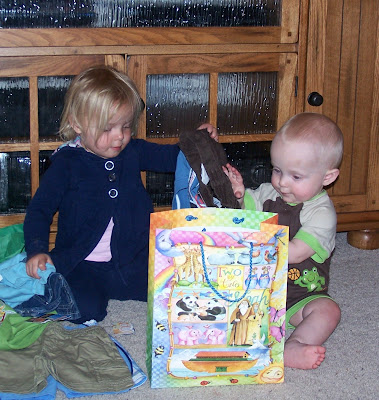 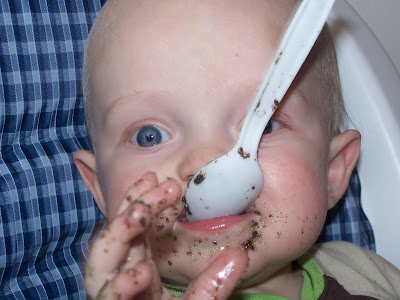 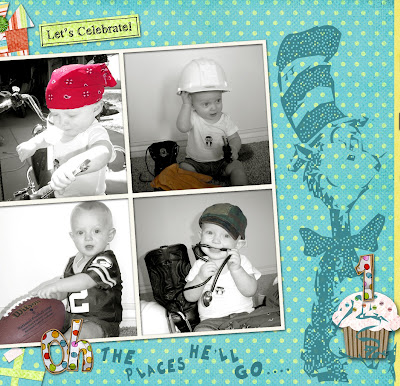 Another year has come and gone and this little boy is turning one!
Happy Birthday Noah, you have the sweetest personalilty, you are easy going and you are just to cute.

BOY HOW I HAVE MISSED THIS LITTLE BUG. CAN NOT WAIT FOR HER TO COME HOME! 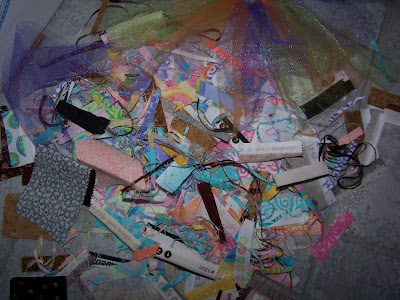 Or should I say a big mess! Decided to see if I could remember how to sew. I have locked myself up for two days to see if I could get my mojo back , so far so good. Not only started one project which was a miracle in it self I thought what the heck and started the second one (no common sense here). Taking a little break to warm my soul, to feel and see beautiful colors come together. 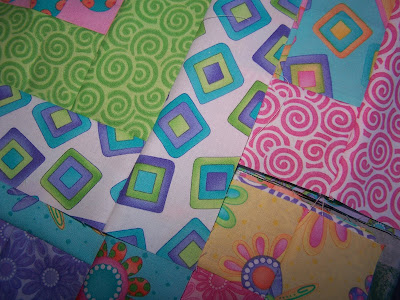 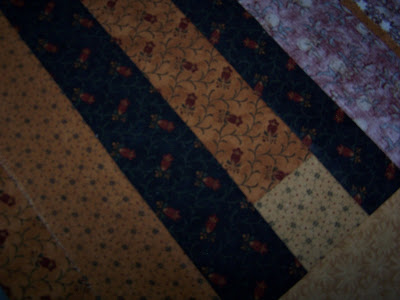 It's the two things in life you can count on and for the last two years April 15th marks the anniversary day of my Dad's death, two years have gone by. I am sitting here tonight with the window open the sun has gone down but I can hear the birds chirping like crazy as if they are trying to convince me that spring is really here.

SPRING
a season of growth
to move forward

CONTINUE
to begin or go on
after an interruption

RESTART
to pick up
renew

LIFE
the
period
during
which
someone
exists

MEMORIES
an image
or impression
of one
that is
remembered 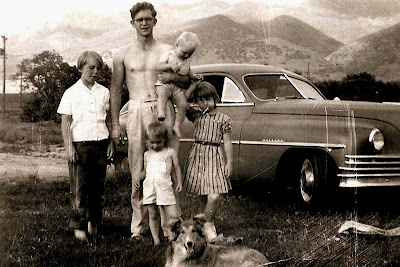 I think Dad is about 27-28 years old in this picture, four of us and a dog, and look he still has something to smile about.


On the night I was born, Udell one of Dads friend, took him out to party. When they got home (a wee bit intoxicated) Udell basically had to put Dad to bed. But hidden out of sight was on old heating pad that had been left on, Dad slept for quite awhile on top of the old heating pad since he was in such a self induced sleep, he did not noticed the burn he was receiving on his backside. It burnt a core hole very deep. To say the least it took years to finally heal, and the scar was proof that I became known as the pain in his butt!
Posted by whitey at 12:01 AM 7 comments: 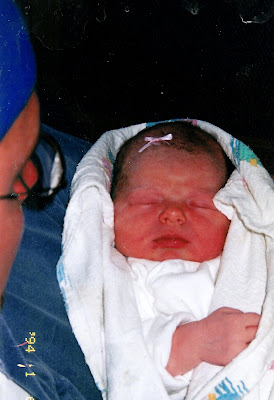 In case you have never noticed we have lot of girls in our family with the middle name of *JO*. There is Kacy Jo , Kyleigh Jo , Hadley Jo and niece's Dezi Jo, Haley Jo and Bridget Jo. We call Kyleigh our middle Jo. And we our celebrating her birthday! She is full of spunk and can talk your ear off ( wonder where she gets that from?) When she was little I would call her my re-arranger as soon as she entered the house she would start to redecorate she would move my decorations around until she put them where she thought they needed to be . When she was younger she could not say her R's or her G's butta was either butter or brother.One year when we took all the girls on a snowmobile trip up to the Woods cabin Kyleigh nicknamed one of the cousins who is very tall that "big hooge durl" (big huge girl) . She has kept us in smiles many times. Happy Birthday *Jo*, love you. 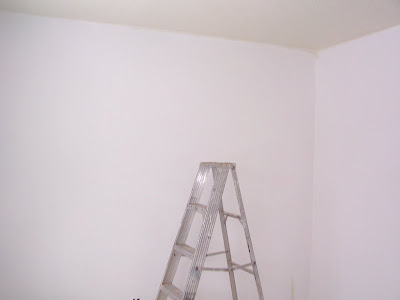 Been slowly but surely making over this room , took a while to find the barn wood, Kyle found a barn for me that was in the way of a road expansion so Dennis and I and Kyle went and tore some of the wood off , it has been sitting here at the house and I finally go off my duff and sanded the dirty stuff off the backside( like bird droppings , mold ) then sealed both sides. Started to install some yesterday but I need to go get a new box for electrical so we can finish up. Trying to figure out what type of office furniture to get, we tore off two stable doors I was thinking one of those might make a unique desk top but will wait until all the wood is done before I make that decision. Will use the barn wood for trim work also, then I have one idea for the closet door in my head that I will need to see if it works out. So until then this is all I got to show for now. 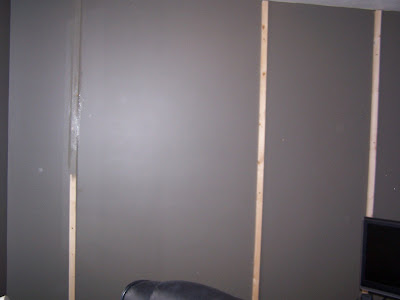 Went from white to a gray -green then I put up fir strips painted the same color of the wall to help conceal the natural gap that occurs in the old barn wood(my choice to do it this way) I did not want to have thousands of nail holes to deal with if for some reason the barn wood did not work out. I am still thinking of adding an industrial look to the wood by adding steel bolts to the ends but that is another wait and see.
The bottom picture is the flooring that was laid. 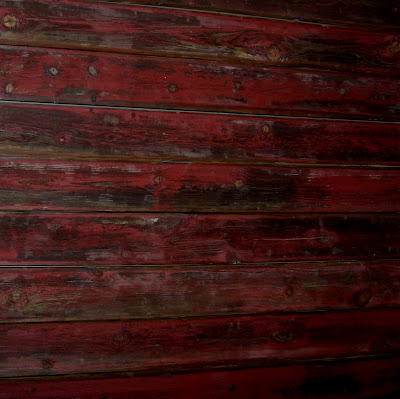 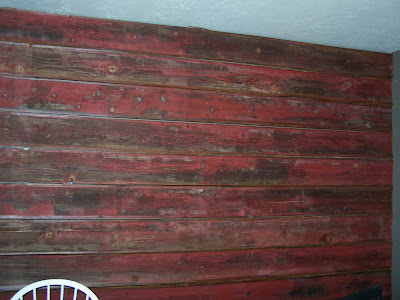 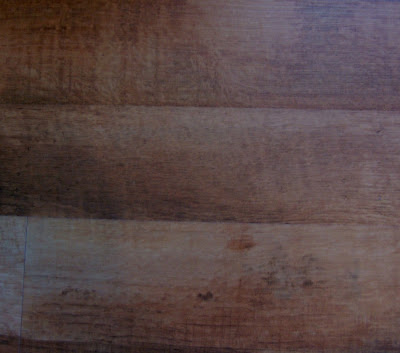 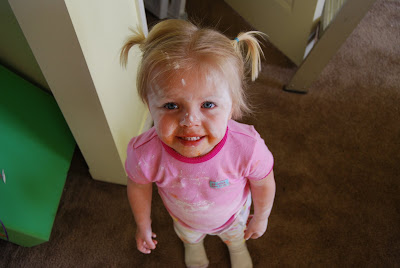 1. a reckless adventure or wild prank.
2. an escape from confinement or restraint.
Our little Haddie has been up to her usual extra cuteness it makes my mascara incident pale in comparison . 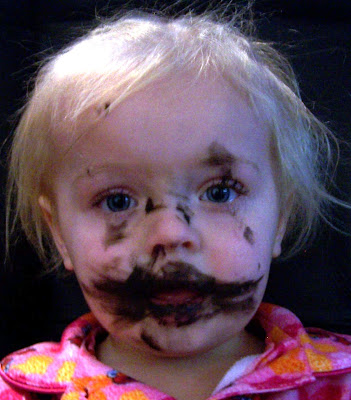 F B I's MOST WANTED 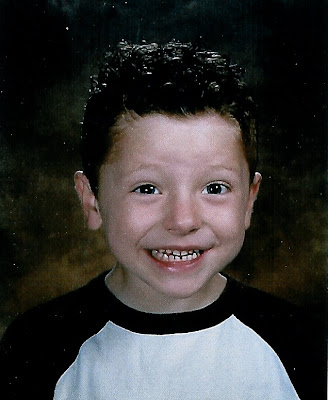 For the most contagious smile ever! This is Connor and today is his birthday he hits the big number 11. He is such a handsome guy and a sweetheart he is always the first one to give hugs and kisses when ever I see him. He likes to do what most boys do, being gross, playing video games, telling jokes, horse back riding with his grandpa and just being plain silly and obnoxious his sisters will say. Happy Birthday Connor will be looking forward to the party. Love you

Three Muskateers and... A Lady 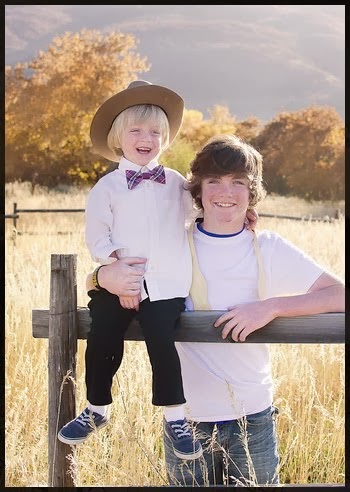 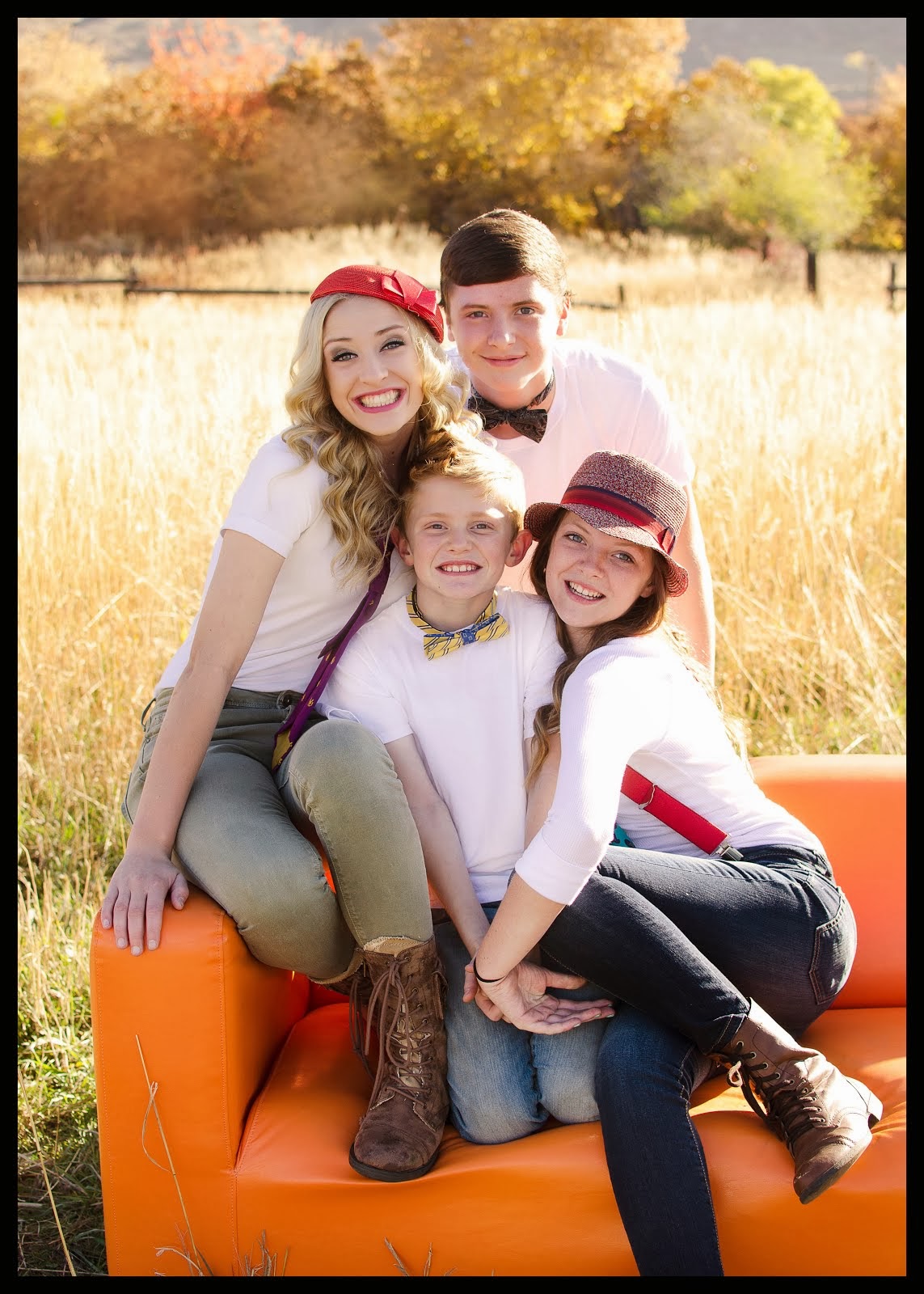 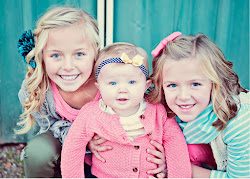 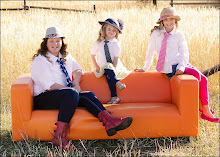